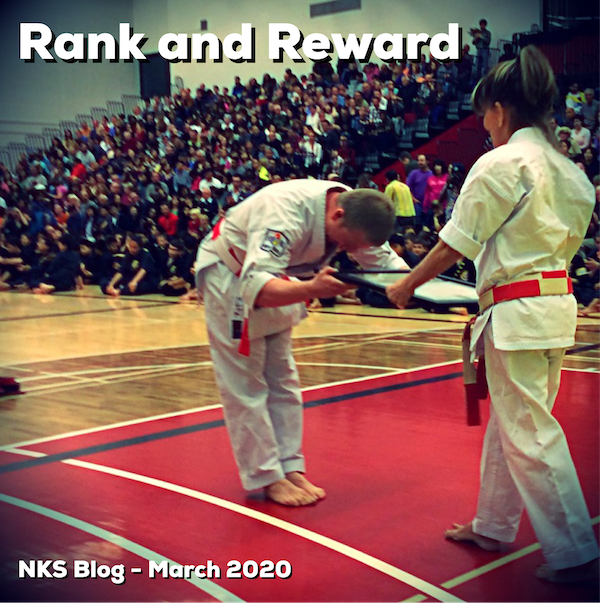 When the Father of Canadian Karate, Tsurouka Masami sensei, returned from Japan in late 1957 and began teaching, he used a different rank model than the one employed today. Students advanced from white, to green, brown, and eventually, black belt.

When I started practicing Chito-ryu, the system expanded to six kyu: white, yellow, orange, green, blue and brown belt. I didn’t know dan levels existed and naively believed that a shiny new black belt was the supreme achievement. At that time, gradings were conducted every three or four months, but no student expected to test regularly, and few presumed they’d pass. Failing was a common occurrence.

Fast-forward a half-century and advancement is the norm. There is an expectation of success as students and parents seek validation in a steady stream of stripes, stars, belts and certificates. Employed without consideration and respect, promotion is reduced to fodder for the ego.

No belt system is inherently “bad”. In fact, when regarded as a barometer of our progress and a pit stop toward an ever-shifting destination, it can motivate budoka.

The true payoff of training isn’t something that can be wrapped around your waist or framed and displayed.

The next time you put on your gi and tie your well-deserved obi, be mindful of the difference between a coloured piece of cloth or your rank, and the real benefit of martial practice. We remove our uniform and belt every day, but “wear” the rewards of training 24/7.