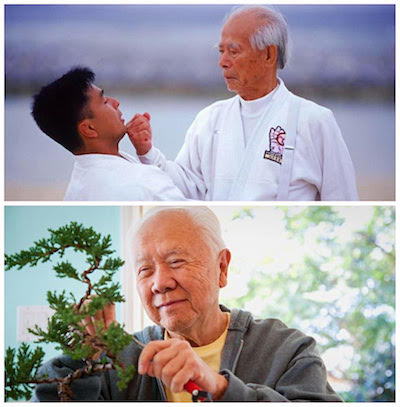 Individuals who believe their lives are worth living, live longer.

“Only the good die young.” While this may have been true in the adolescent fantasies of Billy Joel, it does not square with the results of a recently-published study by Toshimasa Sone and colleagues at Tohoku University Graduate School of Medicine in Sendai, Japan. In a seven-year longitudinal study of 43,000+ Japanese adults, these researchers found that individuals who believed that their life was worth living were less likely to die than were their counterparts without this belief.

One focus in this study was the Japanese notion of ikigai, translated by the researchers as believing that one’s life is worth living. In Japan, ikigai is apparently a common term for what English speakers might term subjective well-being, and it includes purpose and meaning, with connotations of joy about being alive. So, one’s hobby might provide ikigai, or one’s family, or one’s work. To my thoroughly monolingual (i.e., American) ear, ikigai sounds like it is created by what positive psychologists call a healthy passion (Vallerand, 2008).The notion of ikigai is a good reminder to positive psychologists in the United States that our science should not simply be an export business. There are lessons to be learned in all cultures about what makes life worth living, and no language has a monopoly on the vocabulary for describing the good life.

In any event, the study began in late 1994 with a survey of tens of thousands of Japanese adults between the ages of 40 and 79. Among many questions posed to respondents was one about ikigai: “Do you have ikigai in your life?” Possible answers were yes, uncertain, and no. The vast majority of respondents were followed for the next seven years. About 7% died during this time, and the cause of death for these individuals was determined by reviewing and coding death certificates. The researchers took into account such well-known risk factors for mortality as age, gender, education, body mass index, cigarette use, alcohol consumption, exercise, employment, perceived stress, and history of disease. Also controlled was the respondent’s self-rated health(bad, fair, good), itself a predictor of subsequent physical well-being (Levy, Slade, Kunkel, & Kasl, 2002). Almost 60% of the research participants reported a sense of ikigai in 1994, and those who did were more likely to be married, educated, and employed. They reported lower levels of stress and better self-rated health.

Even when likely “confounds” were taken into account, ikigai predicted who was still alive after seven years. Said another way, 95% of respondents who reported a sense of meaning in their lives were alive seven years after the initial survey versus about 83% of those who reported no sense of meaning in their lives. The lack of ikigai was in particular associated with death due to cardiovascular disease (usually stroke), but not death due to cancer. This latter finding is interesting because cancer has long been regarded, at least in the Western world, as a disease of despair (cf. Hippocrates).The exact mechanisms–biological, psychological, or social–linking ikigai to mortality are at present unknown, but these results are worth taking seriously. Ikigai does not guarantee longevity, and its absence does not preclude it. Nonetheless, the findings reported by Sone and colleagues are not just statistically significant; they are also substantively significant.